the rest of you as long to cut and sew on boarders as it does me. Becca and I spent most of the day putting the three boarders on this quilt. 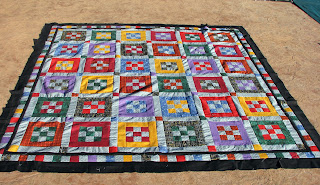 It looks crinkly and wonky, but it isn't. A warm breeze was blowing. Well, you know how that goes.

I really meant to sew more later this evening but got lazy after I ate a light supper. I read a little, put a Netflix movie on, and read blogs. Before I know it, it will be time for bed.

I need some motivation

I think this evening is the first time I have been in the sewing room in a couple of weeks. I only stepped in longing enough to finishing sewing a couple of rows together to finish the quilt Becca is making for her brother. 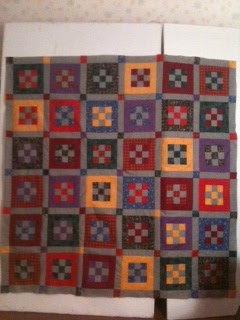 Goodness, I took this photo with my eye phone and for some reason it sure is fuzzy.

Craig and Becca are coming tomorrow morning and we will add two or three borders to finish it up. Her granny is going to hand quilt it for her.

Hopefully, that will get me back in the groove. I am already about 3 weeks late on the baby quilt I need to make. And, of course, there are the many ideas floating around in my head. Oh, and there are at least 4 or 5 UFO's lying around waiting for me.

Scams -- Why are people so mean?

A few weeks ago, I had a phone call on my cell phone. The display read Jamaica. I do not know anyone from Jamaica, so I didn't answer it. But there was that nagging feeling wondering who called and why.

Well, today, a friend received a call this morning and answered it. I don't think her phone displayed the place, just a number. The caller explained to her that she had won the third place prize in publishers clearing house and would be the recipient of a new car and a million dollars. She would need to pay sales tax on the car. But they only needed $100 on a green card from Walmart to give to the prize patrol (who were only 30 minutes from her house). They told her that if she could not get the card immediately, they would have to turn the prize patrol around. They even offered to stay on the line with her while she drove to Walmart to get the card. She immediately told them to turn the prize patrol around because she could not leave to get the card.

She hung up and immediately started questioning her decision. What if it really was Publisher's Clearing House and she had just turned down a new car and a million dollars? She called the better business bureau and they told her the call was from Jamaica but they did not have any records of the number.

We then researched scams and learned that Publisher's Clearing House never calls the big winners to notify them. They go in person. They will also never ask for money.

Needless to say, it was a international call probably with big fees associated with it. Sure was nice of them to offer to stay on the line while she drove to Walmart. (I have no idea if she will be billed, but I am guessing they are making money from it somehow.)

Now, I know who probably tried to call me. I am so very thankful for the display on my phone that showed the location of the call. Many times if I do not know a number and it does not have a Arkansas area code, I do not answer it. I figure if they need something they can leave me a message. I now feel reassured that not answering calls I do not recognize is a good idea. It is a practice that I will definitely continue.

But, I guess deep down I was rooting for my friend, hoping it wasn't a scam, and that she could turn the prize patrol around.

I came upon a heartwarming blog post as I was reading last night. I encourage all of you to read this post on Mother's Aging by Time for Mimi.

Not much going on

Well, I'm not going to meet any goals if I don't get a move on it. I guess I haven't gotten into the groove of going back to school. And it is the season when I am exposed to numerous ailments from the kids.

I have part of the fabric cut for the baby quilt I need to make. But that is about all I've done in the past few days. Oh, I am designing a quilt in EQ to use the fat quarters I have. 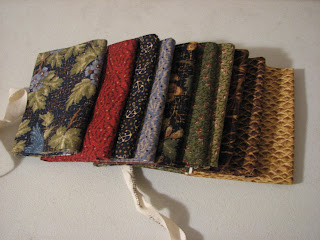 There are only ten of them so I am designing something with a lot of background fabric. Can't really come up with anything I like. So I'm searching blogs to see if I can find somthing I like better. I need a fall quilt so I'll probably use a beige or tan for the background fabric.

Fighting a sinus infections and headaches for the last couple of day. I get home from school, hit the couch, and watch TV, read on the Kindle, or read blogs.

I guess it's just a lazy time for me.

Yesterday, I posted 4 things I want to "get done" in January. Well, the list has already changed because I remembered I have a baby quilt to make for one of my (Larry's) nieces.

I have chosen the "Snug as a Bug" by Melissa Corry of Happy Quilting.  I will also embroidery the baby's stats in the outside border to personalize. I think this will be a quick finish.

Anyway, 4 things I now want to "get done" in January. 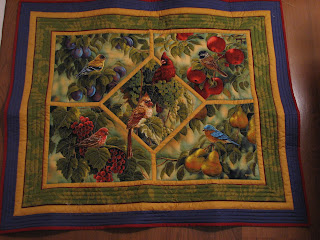 2. Snug as a Bug baby quilt
3. Red, pink & white Quilt
4. Locate pattern for a winter woodsy quilt to use fat quarter bundle I have

I have totally lost interest in the Orca Bay top so I am just going to wait until the urge hits me to work on it. It is red and blue so probably around June or July. 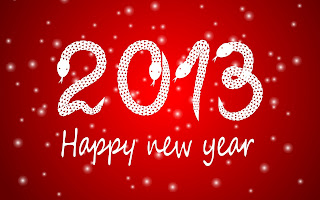 Not a really hard to do list -- except finishing hand quilting the star quilt. It seems like I need to be in a certain mood to hand quilt. It just hasn't hit me lately. It is back up and sitting and waiting for me to begin again.

This blog started out as a place to record my sewing activities but it has become more than that. It is a link that helps my children stay in touch with what I am doing here at home while they are off on their own creating lives for themselves.

At Home on Pine Ridge

Vivian
I am a Christian, wife, mother, and teacher living in a rural town in Arkansas. My hobbies outside of teaching school include reading and quilting. I have a son, Craig, who is 27 with a degree in graphic design. He is married to the beautiful, kind, Becca. My daughter, Kelsey, is 25 and a nurse. She is married to Zak, who has a sweet 9 year old, Aiden. They also have a newborn, Paxton. My wonderful husband, Larry, is a Paramedic by trade and my best friend.